Business conditions at interior design firms remained soft in January as the ASID Interior Design Billing Index (IDBI) score of 47.8 was essentially unchanged from December’s reading of 47.2. This is the first occurrence of back to back monthly scores below 50 since September 2011. It is very likely, given the strength of the industry earlier in 2017, that the recent trend is more likely due to seasonal forces than a substantive course correction. 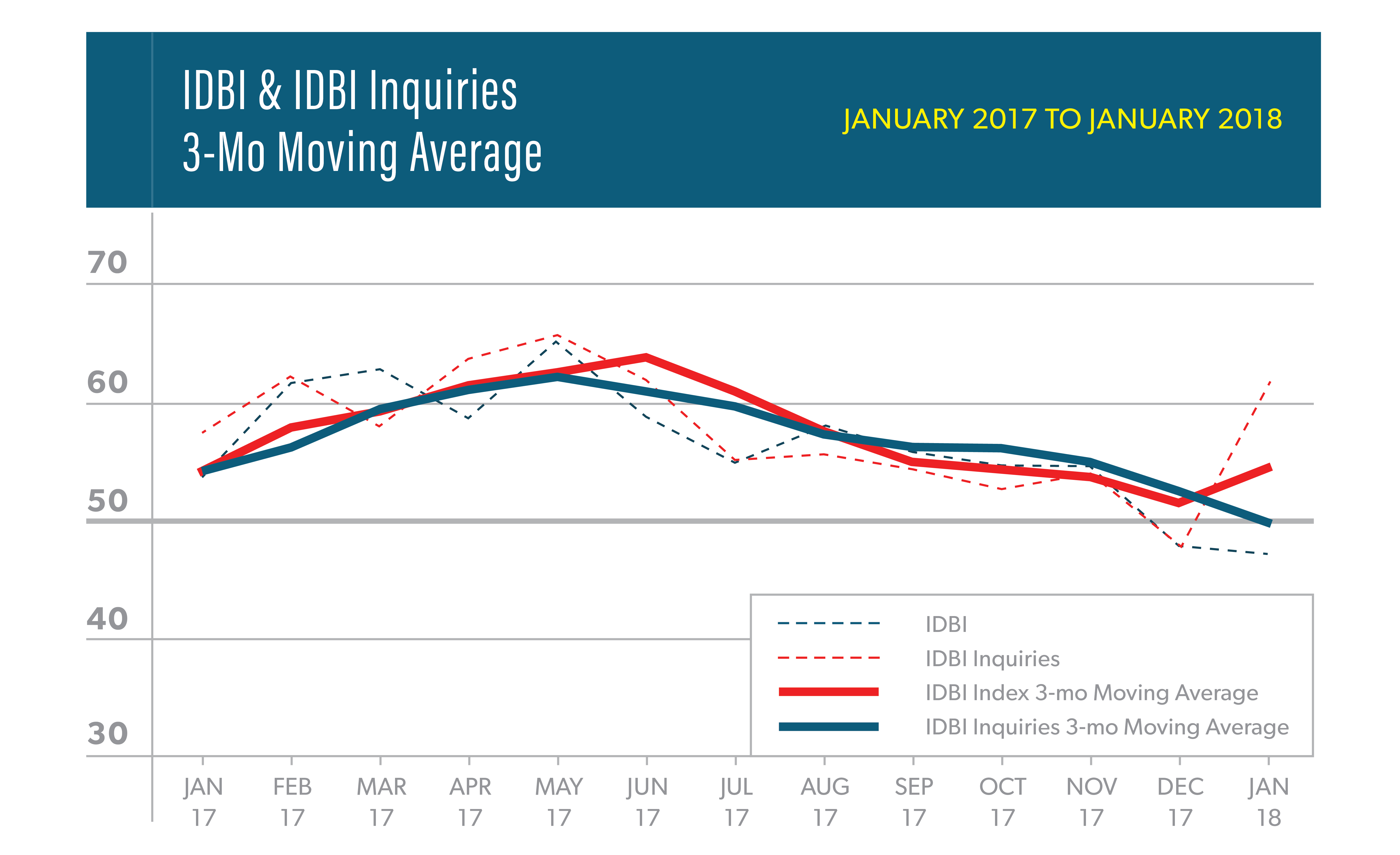 This backsliding was not evident in new project inquiries, which rebounded 14.6 points (30 percent) to a score of 61.8. The six-month expectations index remained in very positive terrain with a score of 57.7. These two indicators are encouraging and suggest that the recent softer period is temporary. Consequently, interior design firms should remain optimistic about the year ahead.

January’s special questions asked our survey panelists, “By what percentage is your pay likely to increase in the coming year?” Fifty-five percent of respondents indicated they would see a pay raise over the coming year. Only 4 percent foresaw a decline in pay, while 41 percent felt their pay would remain unchanged. The Wall Street Journal Economic Forecasting Survey done in January 2018 predicts 2.1 percent inflation for 2018. This coincides with the Blue Chip Consensus Survey. Given this inflation forecast, 50 percent of respondents believe that they will see their real income rise. That is, their income will grow by more than inflation. On average, respondents expect a 5.2 percent increase in pay during the coming year.